How are you intelligent? 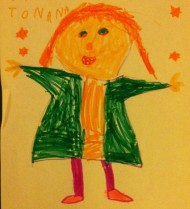 Transcript of Brian Boyd on How Are You Intelligent:

I think, essentially, what Howard Gardner did through his theory of multiple intelligences was to challenge a concept. Intelligence was something that was fixed, that was inherited, that was stable over time and that was highly predictable and, therefore, could be used for selection purposes. What Gardner came along and said was, actually, intelligences are far more complex than that, and he’s managed to identify eight, perhaps nine, that all human beings have to some extent or another. So you can no longer ask the question, ‘How intelligent are you?’ you can only ask the question, ‘How are you intelligent?’

That has been liberating philosophy, because what it does is that it stops teachers pigeonholing students on the basis of very simplistic measures of prior attainment and what it also does is to give them an optimistic take on the young person’s potential to be a learner. So if you can’t get the youngster to understand what it is you want to understand in a conventional way, you can route it through one of their other intelligences. I think, for many teachers, that concept of seeing intelligence as an entry point into the learning process, as being a very interesting one.

I think what it’s done is to highlight the fact that there is no single, unitary concept known as intelligence – that everybody has a series of intelligences but has them at different levels. So the question then – ‘How intelligent are you?’ – becomes meaningless.

In his most recent book, Howard Gardner has a theory of ‘Five Minds for the Future’ and these five minds are: the disciplined mind, the synthesising mind, the creating mind, the ethical mind, and the respectful mind. What he’s trying to do there is to build up a picture of what you will need to have to be an effective learner in the 21st century.

More from Learning and Teaching Scotland